Mayoral candidate Kim Gray is running to increase transparency in Richmond’s government, return to a community-based planning model, and improve Richmond’s schools. Her resume includes jobs for two former governors, eight years as a school board member, and four years as council member of Richmond’s Second District. Her political roots run to her childhood.

“My father was a member of this political club called the West End Political Association. And I would go to those meetings as a very young girl, and just take it all in,” Gray said. “It was always exciting, there was hardy debate. What he always said during those debates was, ‘We can agree to disagree, but we shouldn’t be disagreeable.’ So, they could go to almost fisticuffs but at the end of all of the debate, everybody left on good terms, most of the time. It was just an agreement that if they were going to work towards a common good, they have to be able to reconcile and find common ground.” 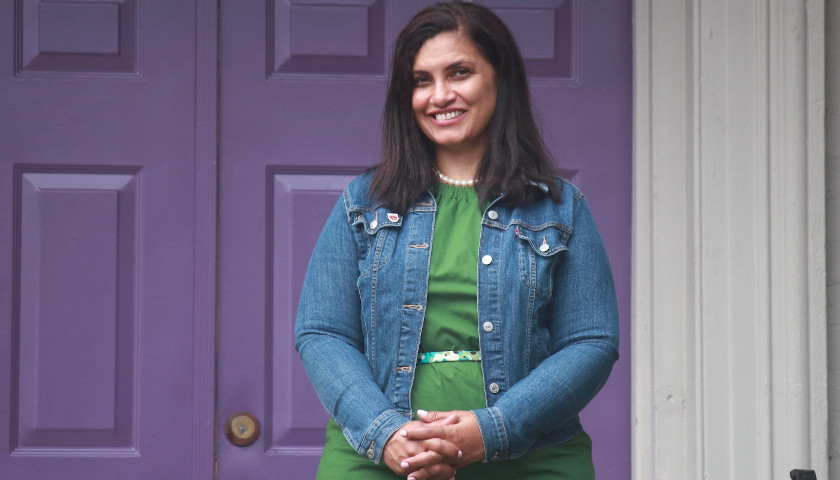 Gray emphasized her years as a school board member and presents helping schools as a thread that runs from her time in Governor Mark Warner’s administration all the way through to her role as a city council member. Ultimately, she left her position on the school board to be even more effective at working to improve schools. “I decided since we didn’t have taxing authority and didn’t really have a say in how we were being budgeted (We’d have to beg every year for funds,) that I would pursue city council, so that I could make sure the priorities that I saw were needed for our schools were funded.”

Gray spoke to The Virginia Star on her front porch in Jackson Ward. As she spoke, neighbors walked by, a parking officer checked cars, and two mounted police rode past. Gray said interacting with the community is the highlight of her work as a council member. “I love constituent services, I love connecting with people and helping problem solve, just the day-to-day interactions and getting to know people that I wouldn’t necessarily interact with.”

“I think the challenges working with the current mayor and his administration are what prompted me to want to run [for mayor],” Gray said. “There’s been a lot of cronyism and corruption and blatant mismanagement of taxpayer dollars, and it’s very frustrating from the standpoint of being on a legislative body and having to work through those issues.”

Gray listed her priorities: “Transparency is number one and community-based planning and consensus building. I’m all about bringing community members together to be involved in planning for the future. Also, getting our schools up to modern standards, 21st century learning environments, and having quality educators in every classroom is a top priority.” Gray said that spending on schools isn’t effective without oversight, something lacking in school spending by the incumbent. Gray also said a lack of experience in the other three candidates makes them unable to understand the complexity of running a city. 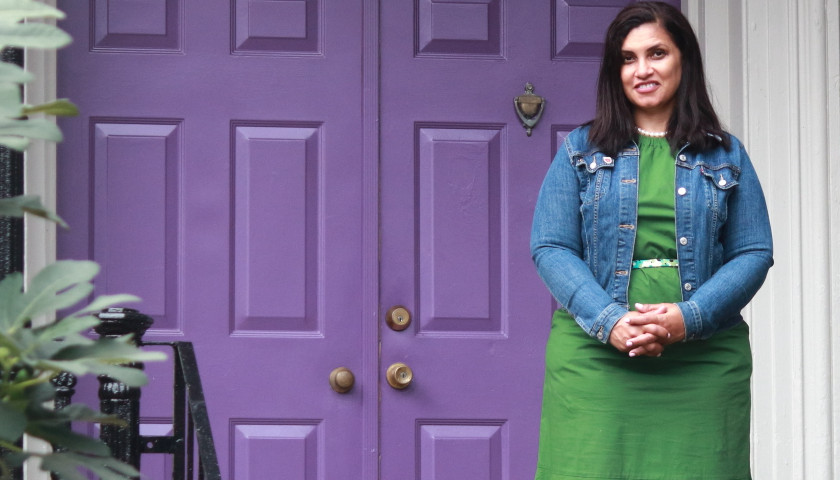 Gray said a mayor needs to proactively respond to crises. “Head on, you have to be out, and you have to be on the ground, and you have to be engaging with people at every level. And not shying away when issues spring up.” Gray has criticized incumbent Mayor Levar Stoney for how he removed Richmond’s monuments, but she does support also removing the remaining pedestals. Gray said she’d follow CDC and state-level recommendations about ongoing response to COVID-19. “I would defer to medical experts and scientists on what the best actions are with respect to any threat of a pandemic.”

Gray said that she would try to cut red tape for small businesses harmed by COVID-19 shutdowns. “We’ve got to be able to support our small and local businesses. They’re the backbone of any economy, and they’re the largest employers.”

Two of Gray’s friends were present at the interview, Deborah Corliss and community organizer Jerome Legions. Corliss said, “I met Kim over 10 years ago when were were trying to create a charter school here in Richmond, Virginia, and Kim and I actually sat on opposite sides of the table,” Corliss said. “So even though we were on opposite sides of the table I never found her to be a disagreeable person, which I can’t say of all the other school board members, but she was always very thorough and thoughtful in the way she approached looking at this.”

Legions said, “She is a what-time-do-I-need-to-be-there-and-I’m-there [person.] No matter what the project is, even if it’s just basically, ‘I need to talk’ or ‘Here’s a conversation that I want to pass on to you,’ or ‘Here’s a problem that feels insurmountable to me,’ those are the kinds of things that people don’t get an opportunity to see as far as Kim is concerned. And here’s the thing about it: if you don’t know, you’re not going to know that she’s participating at that level.”

“Nobody knows the city the way Kim does,” Corliss said.  “And I’ll use her tagline that ‘Experience matters,’ and she’s really the only person running who knows this city from all different facets.”