Virginia’s newest crop of Republicans sprung up at a Greene County farm on Saturday. Candidates including Daniel Gade, Bob Good, and Senator Amanda Chase (R-Chesterfield) spoke to 397 people at the 41st Annual Greene County GOP Pig Roast. The candidates expressed an urgent need for Republicans to work together to regain power in Virginia. 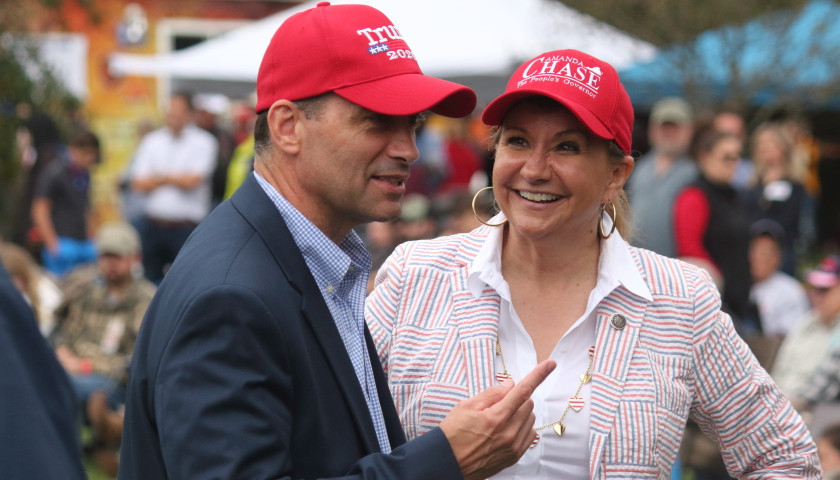 Candidate for U.S. Senate Daniel Gade said he was not a career politician. “I’m a different kind of candidate.” Gade added, “When I go in the booth to vote on November 3, I’m not just going to vote for myself, I’m going to vote for all of you.”

“Never before in the history of the U.S. has the Constitution been more at risk,” said Chuck Smith, who is running in the 2021 attorney general race. “We need leaders with spine.”

Puneet Ahluwalia is running for the 2021 Lieutenant Governor nomination. “As a citizen soldier, as a patriot, I decided to come out,” he said. “Not on my watch will the silent majority keep silent and do nothing.”

Emcee John Fredericks said that it’s time for Virginia’s Republicans to unite.  “We’re going to turn Virginia red again. Why do you think the President keeps tweeting about Virginia? He’s not tweeting about Massachusetts or Connecticut. He tweets about us because he sees the polls that we see, and right now, we are within three points of pulling the biggest upset on election night in history, and it’s coming on November 3.”

In an interview, candidate for Virginia’s 5th Congressional District Bob Good said the Republican Party of Virginia is not divided. “The media talks about a fracture, we don’t sense any fracture. We don’t ever hear from the voters that they are fractured, we don’t sense any division in the party.” 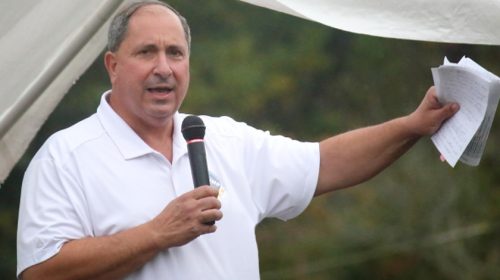 Attendee Mason Pickett said key messages from the speakers were unification, retaking control of the U.S. House of Representatives, and supporting the police.  “Do you really want to let Nancy Pelosi [retain control of the House], who will really not be able to be herself, she will be AOC’s puppet to a certain degree. She’s afraid of AOC in my opinion.” Pickett said all of the speakers did well, but Smith and Good were on the top of his list.

Greene County Sheriff Steven Smith told The Virginia Star that he’s been to several of the GOP Pig Roasts in previous years, but turnout was high this year. “I think people are energized coming out. They’re energized for their candidates, they don’t like what’s going on in the country and in the state.”

Sisters Ellen Deane and Barbara Ballard told The Star that their father Galen Morris helped found the Greene County GOP Pig Roast tradition. “My parents were [part of] five or six couples that turned Greene County from blue to  red back in the ’50s, and they started this pig roast 41 years ago for George Allen when he ran the first time, ” Deane said.

Deane said Saturday’s event went well. “It was very positive I thought, all the speakers were. Kind of a pep rally type feeling.”

“I think it’s awesome that you have a group of like-minded people that can come together, because so often Trump supporters are attacked because they support him,” attendee Jackie Houchens said. “And they never say what they appreciate or what policies they like about Joe Biden, they just attack us because we like Trump and we’re automatically racist.”

John Fredericks is the publisher and editor-in-chief of The Virginia Star.
He is also a Trump 2020 delegate and the chairman of the Trump Virginia Delegation.