Virginia plans on spending nearly $121 million on CARES funding for COVID-19 vaccine equipment and advertisement. This according to a proposal draft, reportedly submitted to the Centers for Disease Control and Prevention (CDC) last week.

Nearly $6 million will be spent on equipment: over $111 million on administration and staffing and $3 million in a “public education campaign.”

The spending aligns with the state’s intent to use up the remainder of CARES funding before the end of the year. Virginia has a December 30 deadline for using up the funds.

The Virginia State Health Commissioner Dr. Norman Oliver also stated that he would mandate the COVID-19 vaccine once it becomes available. The House Committee on Health, Welfare, and Institutions killed two bills in the Virginia General Assembly designed to provide religious exemption from such a mandate. Currently, religious exemption covers vaccinations required for school admissions.

In an interview with The Virginia Star, Senator Bill DeSteph (R-Virginia Beach) stated that he wasn’t comfortable with the idea of vaccine cards distributed to those who receive a COVID-19 vaccination.

“I think going around with a vaccine card is a bad thing. That sounds like when we had the yellow fever time, when you had a yellow fever card so you were authorized to walk around,: he said.

DeSteph also remarked that the plans to advertise to specific communities didn’t make sense, because everyone is aware of the pandemic and the vaccines being formulated.

“Targeting minority communities with special ads and campaigns – look, we’re all brothers and sisters of humanity. We all bleed red. Don’t segregate and target specific groups based on race. Not to mention, the new vaccine hasn’t been tested in combination with the other flu vaccines. Those are some of my basic concerns. And the amount of money they’re spending – why wouldn’t you just put out an advertising campaign for everybody?”

Corinne Murdock is a reporter at The Virginia Star and the Star News Network. Follow her latest on Twitter, or email tips to [email protected]. 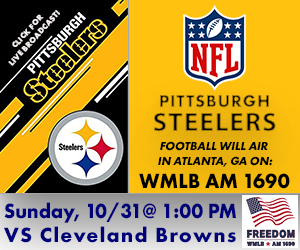 Senator Rick Scott Says He Will Not Support Herschel Walker, Other Primary Candidates