A police sergeant in Houston, Texas was shot dead Tuesday morning by a suspect who was in police custody just two days earlier, but was allowed to go free when the Democrat district attorney refused to press charges.

HPD Sergeant Harold Preston had been with the Houston Police Department for 41-years and was due to retire at the end of the year, according to the Montgomery County Police Reporter. The local pro-police paper is urging voters to oust the D.A., whose campaign for office was bankrolled by left-wing billionaire George Soros.

Those of us who knew, loved, & respected Sgt. Harold Preston knew him to be a wonderful, courageous, and humble servant, from an amazing family.

While many may never say his name, or honor his life of selfless service, we will never forget. RIP kind hero, we will celebrate you. pic.twitter.com/3U370XNsFc

The suspect, Elmer Manzano, is a convicted felon with multiple prior assaults on his record. He is in police custody after being hospitalized for a gunshot wound to the stomach.

SUSPECT in deadly Houston Police shooting is Elmer Manzano, 51. Police Chief Art Acevedo says “he was not a good character” referring to his criminal history. Says he will be charged with murder. Also, HPD got multiple domestic disturbance calls from his apt over the weekend. pic.twitter.com/0YRnKIvSHR

Preston was hit “multiple times” in the head, according to Houston Police Chief Art Acevedo.

The gunman’s spray of bullets also struck another officer and the suspect’s son in their arms. The 14-year old was transported to Texas Children’s Hospital after being shot in the arm.

Houston Police had been called to the same address twice over the weekend, Acevedo said.

According to the Montgomery County Police Reporter, HPD Officers responded to a domestic disturbance call from Manzano’s ex-wife on October 18. She told officers that Manzano was at the location brandishing a gun threatening her and her children. Police arrested Manzano that day, but Harris County District Attorney Kim Ogg declined to take charges, and instructed police to release him. Ogg also told police to return the six bullets he had in his pocket, and to allow him to keep his gun which he claimed was locked in his safe.

“Had charges been accepted, Mr. Manzano might be back on the street, but his gun and ammunition would have been seized and held as evidence,” the Police Reporter stated. “No gun would have meant no dead officer and injured officer.”

On Monday, officers responded to another call from Manzano’s ex-wife and Manzano answered the door with gunshots at point-blank range, according to Click 2 Houston.

She was moving out, police say, and she wanted to get some items from the apartment. HPD had two previous calls to the address over the weekend, Acevedo said. The woman wanted to get her things, but the door was locked and she couldn’t get in. Officers were in the parking lot speaking with the woman for close to an hour when at about 9:25, the suspect’s 14-year-old son unlocked the apartment’s door. The son saw the father had a gun and he told the officer that his father had a gun. The suspect then shot at the officers, delivering multiple rounds, according to Acevedo.

“Our hearts are with the family of Houston Police Sgt. Harold Preston, who was shot and killed in the line of duty this morning. This tragic loss is a grave reminder of the dangers our brave law enforcement officers face while keeping our communities safe. Cecilia and I ask our fellow Texans to join us in lifting up Sgt. Preston’s family in prayer in their time of need. We also ask all Texans to pray for the speedy recovery of Houston Police Officer Courtney Waller who was shot while responding to the same incident and is recovering in the hospital. The state stands ready to assist the Houston Police Department in bringing to justice the perpetrators of this horrific tragedy.”

The Police Reporter stated that the carnage was “100% preventable.”

“The actions of Harris County DA Kim Ogg are inexcusable. While Mr. Manzano pulled the trigger, Kim Ogg put the gun in his hands. Her actions are directly responsible for the death of HPD Sergeant Harold Preston,” the paper said. “DA Ogg’s fate is in the hands of Harris County voters NOW. She is on the ballot today. Vote to keep your streets, your neighborhoods, your homes, and your family safe. Vote to keep the men and women of law enforcement from preventable perils. Vote to hold Kim Ogg responsible for HPD Sergeant Preston’s death.”

Left-wing billionaire George Soros made a half-million-dollar advertising buy on behalf Ogg Harris during the County district attorney’s race in 2016, according to the Houston Chronicle.

Soros-backed DAs in other cities such as Philadelphia, St. Louis, and San Francisco “have fired scores of experienced prosecutors and, as promised, stopped prosecuting low-level quality-of-life crimes such as disorderly conduct, vagrancy and loitering,” resulting in skyrocketing crime and frayed relationships with police departments, the Washington Times reported.

For the second time in recent months, a Harris County prosecutor has resigned from District Attorney Kim Ogg's office, leveling harsh criticisms on her way out. #abc13 https://t.co/YW59RJDKeO

Jessica Milligan, an animal cruelty task force attorney, left after working there for more than a decade.

In her resignation letter, Milligan claimed that Ogg was “choosing which cases to prosecute based on politics and not justice.”

Former prosecutor Cheryl Chapell echoed Milligan’s concerns, saying: “It’s made so clear that the public eye is her only concern and not justice, which really it should be the opposite.”

In a statement Tuesday afternoon, Ogg blamed the death of Sgt. Preston on domestic violence, calling it a threat to “our families and our police officers.”

“It is with a heavy heart I inform you of another police officer’s death, Sgt. Harold L. Preston, dead at the hands of an offender accused of domestic violence,” Ogg wrote on Twitter. “Domestic violence is killing our families and our police officers and is a public safety priority for prosecutors.”

“We send our prayers to all first responders like Sgt. Preston, who stand between killers and victims on the front lines.”

1/2 It is with a heavy heart I inform you of another police officer’s death, Sgt. Harold L. Preston, dead at the hands of an offender accused of domestic violence. Domestic violence is killing our families and our police officers and is a public safety priority for prosecutors. pic.twitter.com/VDNAV5c0t7

2/2 We send our prayers to all first responders like Sgt. Preston, who stand between killers and victims on the front lines. #HPD#FirstResponders #DomesticViolence#RIP pic.twitter.com/CeMbE8TNAm

Content created by the Center for American Greatness, Inc. is available without charge to any eligible news publisher that can provide a significant audience. For licensing opportunities for our original content, please contact [email protected]. 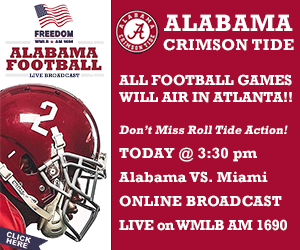