Former federal prosecutor Sidney Powell spoke at a rally for Fourth Congressional District candidate Leon Benjamin on Tuesday night. Men in suits and women in formal dresses enjoyed appetizers as they listened to Powell. Perhaps best known as the attorney or former Trump National Security Advisor Michael Flynn, Powell is also the author of Licensed to Lie, a legal thriller/exposé of corruption in the Department of Justice.

“I think this is the first year I’ve ever actually voted a completely straight ticket in my life, I’ve always gone by the person,” she said. “It used to be different, I mean Democrats used to have some sanity.” 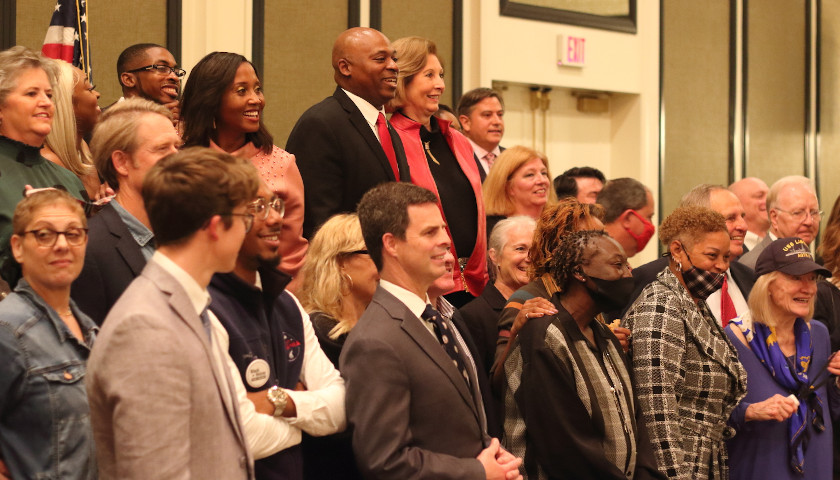 “If I hadn’t seen what I saw that led me to write Licensed to Lie, I’d probably still be in my little cubby hole writing briefs out the wazoo and never watching TV or anything else and not knowing how bad it is out here,” Powell said. “Everything that has happened to me in my life has prepared me to represent General Flynn.”

Powell said Flynn was grateful to his supporters, including those present at the rally. She said Flynn’s current legal battle is part of the classic good-versus-evil, truth-versus-deceit struggle.

“We want people like Leon in the battle with us,” she said. “I know you all do, that’s why you’re here supporting him. General Flynn has given [Benjamin] his endorsement, and I’ve given him my endorsement.”

Senator Amanda Chase  (R-Chesterfield) told The Virginia Star, “I would just say how significant it is to have someone of her stature like Sidney Powell here in support of Bishop Leon Benjamin for the fourth congressional district.” 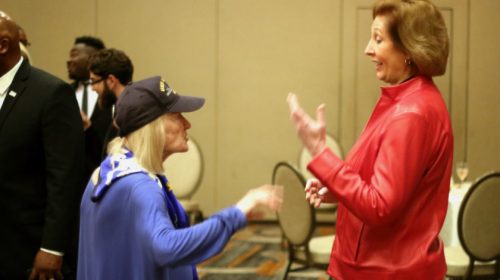 “General Flynn is a great patriot, and he has been wronged in so many ways,” Delegate John McGuire (R-Henrico) said. “I love that we have someone that is a fighter like Sidney, who is willing to expose corruption, it gives me hope that we can turn our country back, that we have people like her, and people like Leon, and others that are willing to serve and stand for truth.”

“The same bad actors from the Bush administration went over to the Obama administration, and now they’re on the Mueller team, and it’s just corruption,” he said.

“I thought she was spot on,” attendee Pam Munden said. “To be honest with you, it makes me so angry when I read her book that I have to put it down and then wait a few days and pick it back up and read a little bit more. Because when you read the facts that she puts in there, you become angry that this stuff is happening in our country.”

Munden added, “My takeaway is it’s up to us to make a change. We have to be involved to make a difference and we can’t just sit back any more and think that everything is going to be okay in this country.”

– – –
Eric Burk is a reporter at The Virginia Star and the Star News Digital Network.  Email tips to [email protected]