Once again, campaign signs are the innocent victims of pre-election stress and anger. From Giles County to Chincoteague, signs for both Republican and Democratic candidates are being stolen or vandalized.

“We had a rash one night were they basically came through the whole city, one end of the city to the other end, and took out some of the larger signs,” candidate for Portsmouth mayor Tony Goodwin said. “It was so intentional, they sliced them up with box cutters and just left them hanging.” 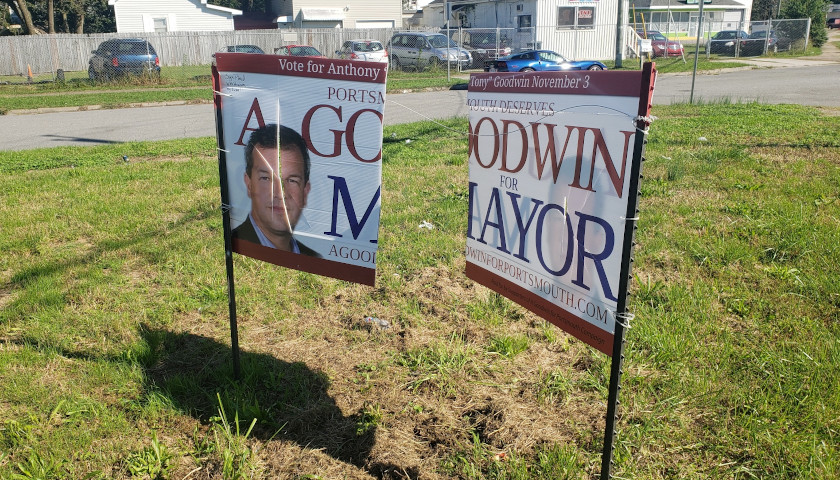 Goodwin said he had put wire inside the signs to keep them from being damaged. “They still cut the wire. It was not just that average, one-off kind of thing.”

“Quite frankly, we felt we must be doing something right,” Goodwin said. “Obviously we’ve garnered attention for the underdog candidate.” The Portsmouth mayor’s race has six candidates, and the city government has struggled with division and with a high-profile case against Senator Louise Lucas (D-Portsmouth.)

Goodwin said 10 signs were damaged in one night. “We really feel like the opponent is behind it,” Goodwin said, but didn’t specify which candidate. “Other people will come to their own conclusions.”

Richmond mayoral candidate Kim Gray reported 400-500 stolen signs; her opponent Levar Stoney also reported stolen signs, according to ABC6 News. In Bedford, both Republican and Democratic signs have been vandalized according to WFXR.

Rappahanock County Sheriff Connie Compton told The Rappahanock News sign vandalism was distributed across both parties. “We see ‘Biden’ on the Trump signs and ‘Trump’ on the Biden signs,” she said.

The Eastern Shore Post reported signs vandalized in Chincoteague. Arlington Democrats say over a thousand of their signs have been destroyed, according to WUSA9.

In southwestern Virginia, the Giles County Sheriff’s Office also reported sign vandalism. In a Facebook post, the office said, “These signs are considered personal property. Our deputies are conducting extra patrol in areas where problems have been reported. Any larceny or vandalism complaint will be investigated.”

“It just makes you wonder, do they think that by stealing a sign they’ll change someone’s mind,” commenter Jeanine Thompson wrote on the post. “I mean, REALLY?!”