Incumbent Elaine Luria (D-VA-02) retained her seat in a battle against Republican candidate Scott Taylor that was similar to 2018. 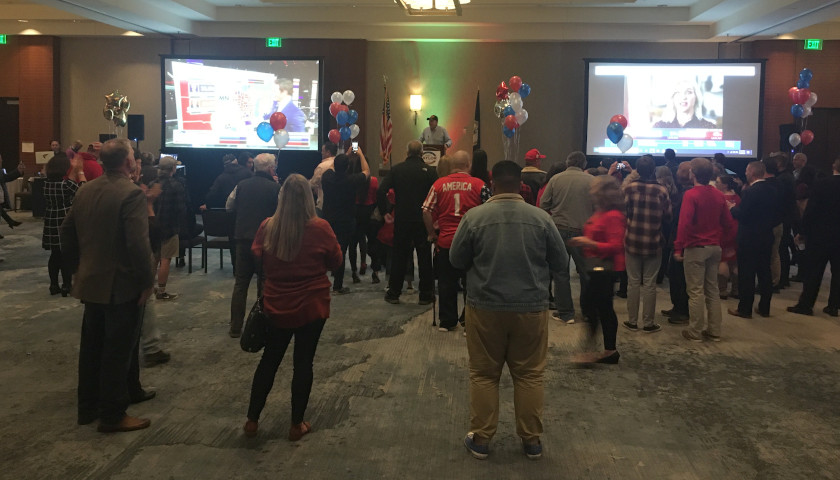 Taylor appeared during the latter half of the Virginia Beach Republican Party’s election night watch party at the Westin Virginia Beach Town Center hotel. He stood in front of a crowd of hundreds of supporters, speaking to them about his support for President Donald Trump and respecting the time it may take for all the votes to come through. Taylor warned that the race would get tight, but expressed confidence in a win from his experience on the ground.

After his speech, Taylor told The Virginia Star that the voters gave him confidence in the results.

“I feel great. It’s in God’s hands, it’s in the peoples hands. It’s going to tighten up – it’s a closer district [coming up],” stated Taylor. “We crushed it at the polls today. And I’ve been at the polls for weeks, and it’s been looking very good.”

The Second Congressional District encompasses historical waterfront cities and counties. Nearly the entire district boasts deep military roots, representing both the U.S. Navy and Air Force. Virginia Beach, the most heavily-populated area in the district, has its largest employer in the Naval Air Station (NAS) Oceana; its economy is also composed of international commerce, tourism, and agriculture.

Virginia Beach’s population rendered it the key contender in both 2018 and this year. The second-most populated area is York County, which had about 140,000 less voters than Virginia Beach in 2018.

Leading up to November 3, pollsters ranked the Second Congressional District as one of Virginia’s most competitive congressional districts. In 2018, Taylor lost to Luria by less than three points – just over 6,000 votes. 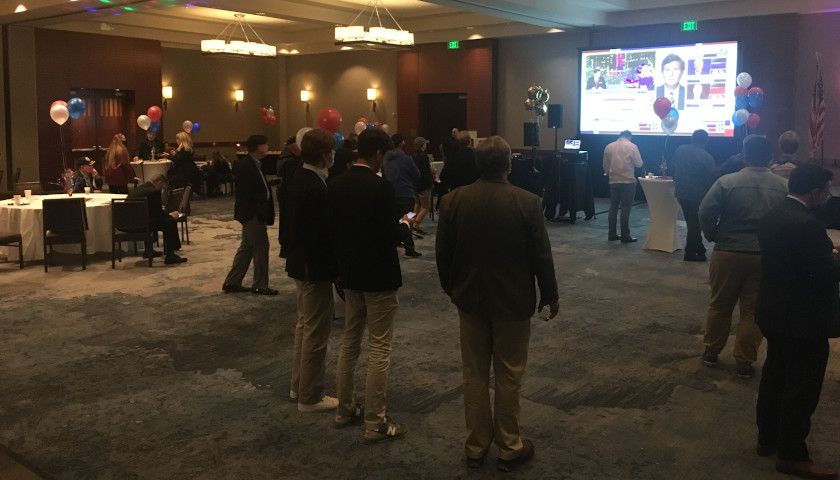 It is worth noting that prior to Luria, most voters chose Republicans from 2000 onward with one exception. In the 2008 election year that marked President Barack Obama’s win, Democratic candidate Glenn Nye captured the seat from Republican incumbent Thelma D. Darke with just under a five point difference. However, in the following elections throughout Obama’s tenure, voters elected Republicans consistently with margins ranging from over 7 points to over 22 points.

This year, it appears that the same majority that Luria enjoyed in 2018 showed up again with a few more votes. The final count on Wednesday showed Luria at 51 points to Taylor’s 46.5.

Taylor issued a public statement midday after the election conceding to Luria, and wishing the incumbent success. He thanked his team for their work; he also remarked on the differences in spending and campaign ad approaches between the two.

“There is currently a division in our nation that seems unbearable to many, but throughout our short American history, we have struggled through turmoil before,” he said. “Over time, I believe that the push and pull of democracy within our great, flexible republic strengthens the fabric of our society and keeps us heading in the direction of that ever elusive, more perfect union. Thank you all for your love and support. God Bless our great nation.”

Luria issued her own remarks on the results about an hour after Taylor. She thanked voters, her campaign team, and the volunteers who bolstered her candidacy. Aside from mentioning her recent work in Congress, Luria discussed the state’s future work in handling COVID-19.

“We have a lot of work to do to get the virus under control, to help with testing, tracing, tracking, and to help with the development and distribution of a vaccine,” she said. “That’s a big task, and I’m looking forward to working with the House to make that happen.”

At the time of this publication, the presidential election results haven’t been announced.

Corinne Murdock is a reporter at The Virginia Star and the Star News Network. Follow her latest on Twitter, or email tips to [email protected].
Photo “Scott Taylor Election Night” by Corinne Murdock and “Elaine Luria” by Elaine Luria.