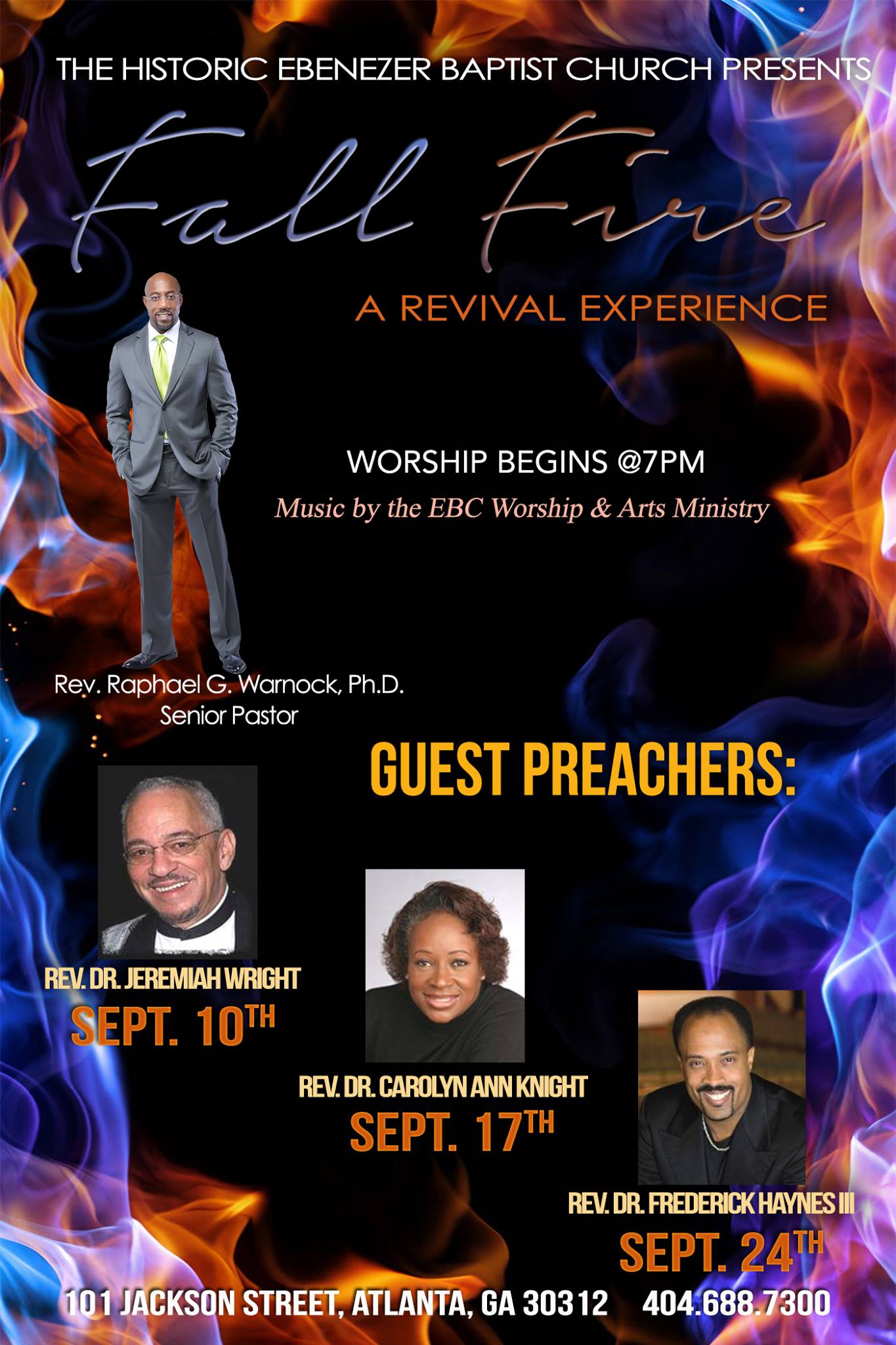 Fox News based its story on an event flyer announcing guest speaking by Wright, who has a history of making antisemitic statements. There were other speakers as well. The flyer is available here.

Warnock for years has praised Wright, such as in a 2008 interview on Fox News, despite being asked about Wright’s “God Damn America” sermons.

Wright, Obama’s pastor for at least 20 years, made the infamous remark while blaming America for the 9/11 attacks.

The Rev. Dr. Carolyn Ann Knight, professor at the Interdenominational Theological Center in Atlanta, was one of the other speakers at the 2014 event with Wright. She is one of 100 Georgia faith leaders who wrote an open letter endorsing Warnock’s run for the Senate.

Meanwhile, Loeffler’s campaign called Warnock out for his long-time praises of the controversial Wright.

“Not only did Raphael Warnock praise Jeremiah Wright’s ‘God Damn America’ sermon, he thought it was so great that he invited him to Ebenezer Baptist to deliver it,” said Deputy Campaign Manager Stephen Lawson. “Does Georgia really want a U.S. Senator who thinks God should damn America? That’s what they’ll get if they vote for Raphael Warnock.”

Loeffler tweeted, “@ReverendWarnock compared Israeli settlers to “birds of prey,” called Israel an “apartheid state,” and wants to end ALL military aid to Israel. His anti-Israel rhetoric & record are shameful — and he must be held accountable. #gapol #gasen“.

.@ReverendWarnock compared Israeli settlers to “birds of prey,” called Israel an “apartheid state,” and wants to end ALL military aid to Israel.

His anti-Israel rhetoric & record are shameful — and he must be held accountable. #gapol #gasen https://t.co/qNXpSOtY0Y

Warnock has received his own scrutiny over old sermons, such as when in 2016 he preached that Christianity started as a “socialist church.” He said the rich should give more in order to “level the playing field.”

Jason M. Reynolds has more than 20 years’ experience as a journalist at outlets of all sizes.