A new study of the 2017 federal tax cuts said they will lead to lower taxes and higher wages as the average Georgia household will enjoy more than $39,000 in economic benefits over their lifetime.

Raphael Warnock, a Democrat who wants to represent Georgia in the U.S. Senate, opposed those tax cuts, as Breitbart reported this month. 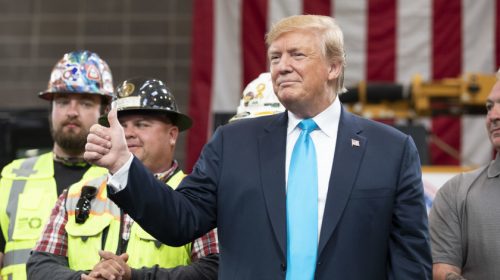 An earlier study by Kotlikoff and economists at the Federal Reserve Bank of Atlanta  estimated the gain at $22,676 because of personal income tax cuts. The new study adds the impact of lower corporate taxes, according to a Goodman Institute press release.

“The Democrats may not repeal it all but they pretty well singled out the corporate income tax cuts. And they really don’t like those. Kamala Harris wants to get rid of all of the income tax cuts for corporations. Joe Biden wants to get rid of half of it because they think it is going to rich people,” Goodman Institute President John Goodman told The Georgia Star News Monday.

“In fact, when we look around the world we see that countries that have low taxes on corporations that get more capital. They have more investment, and they have higher wages. The ultimate winner from tracking capital to the United States is not a lot of rich people. It’s workers. The investors tend to get the same rate of return no matter where they are.”

Goodman said the United States needs to attract capital — as opposed to pushing it overseas,

“That was the reason why we lowered the corporate tax. We had the highest corporate income tax rate in the world, at 35 percent and we have lowered it to 21 percent. Even President Obama wanted to lower it because everybody recognized it’s not good for the country to encourage capital to go elsewhere,” Goodman said.

“Capital is what you need to have the buildings and equipment and everything that goes with a job that makes workers productive.”

As Breitbart reported, Warnock, in a 2017 sermon, “blasted Republican senators who passed the Tax Cuts and Jobs Act of 2017, which even the New York Times admitted benefited most Americans.”