The Georgia man who was found dead in his home Saturday after being charged in connection to the mostly peaceful protests in Washington, D.C. on January 6 committed suicide, police confirmed.

“The Fulton County Medical Examiner’s Office told Heavy that the cause of death was suicide,” Heavy confirmed. “[Christopher Stanton] Georgia died of a self-inflicted gunshot wound to the chest, they said.”

Georgia was a Regional Portfolio Manager at BB&T Bank. He was described as a “dedicated family man” by a high school friend interviewed by Daily Mail.

He was not part of the group that stormed the Capitol Building. Instead, he was arrested later in the evening after Washington, D.C. Mayor Muriel Bowser (D) imposed a 6 p.m. curfew. Georgia and others were ordered to disperse by Capitol Police after the curfew went into effect, and were arrested when they reportedly refused.

“Such a shame. Was hoping he’d wind up in prison with his boyfriend Bubba,” Twitter user @snarkywgoodhair said. 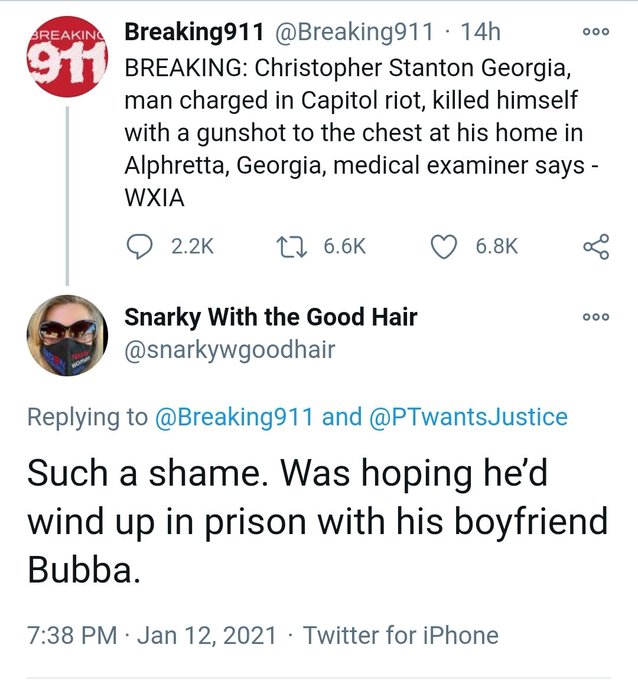 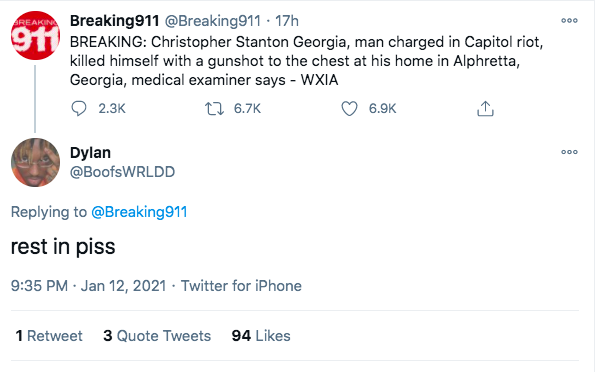 “Dats what happen when u end up in a cult led by a man with toddler hands [sic],” user @hermnohandout said. 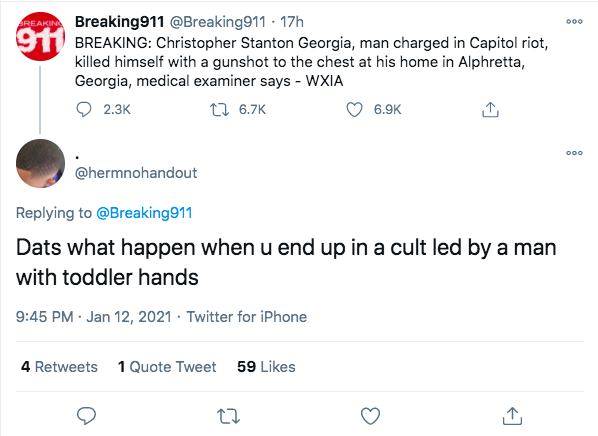 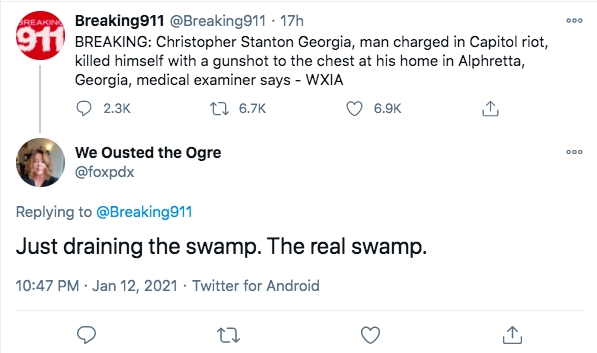 Georgia is not the only person who committed suicide following the protests at the Capitol Building.

Officer Howard Leibengood, a 51-year-old member of the Capitol Police also tragically took his own life Saturday. He was a 15-year veteran of the force.

Pete D’Abrosca is a contributor at The Georgia Star News and The Star News Network. Follow Pete on Twitter. Email tips to [email protected]
Photo “Capitol Protest” by Tyler Merbler. CC BY 2.0.