As President Joe Biden promotes his several trillion dollars in proposed federal spending, Republicans and small businesses are raising the alarm, arguing the taxes needed to pay for those spending plans are a threat to the economy.

The House Ways and Means Committee met Thursday to discuss infrastructure development and in particular the impact of proposed tax increases to pay for it. Rep. Kevin Brady, R-Texas, the ranking member on the committee, argued that only 7% of Biden’s proposed infrastructure bill goes to infrastructure and that raising taxes would incentivize employers to take jobs overseas.

Small businesses have also expressed fear that Biden’s tax law will hit them hard, despite messaging from the White House arguing the tax increases will only affect the wealthiest Americans.

“Biden claims his spending plan makes large corporations pay their ‘fair share,’” Americans for Tax Reform said in a statement. “However, the plan will raise taxes on many small businesses that are structured as corporations.”

About 16% of small employers are classified as c-corporations, according to ATR.

These concerns come amid federal data showing a post-COVID economic recovery is uncertain. Despite optimism that widespread vaccinations would lead to a rapid economic rebound, federal inflation and employment data has suggested otherwise.

The latest data from the Bureau of Labor statistics reports that federal unemployment spiked to 6.1% in April after the economy added only 266,000 new jobs, far short of the one million new jobs predicted by economists. In addition, new filers for unemployment are still double what they were at the same time in 2019, before the pandemic.

Democrats have argued the taxes will hit only wealthier Americans and be used to help America’s infrastructure.

“The gradual decline in our federal infrastructure investment has resulted in an alarming number of crumbling roads and bridges and an undersupply of affordable low-income housing and community-based investments,” House Ways and Means Chairman Rep. Richard Neal, D-Mass, said. “ In addition, structural inequities within our tax code are exacerbating these infrastructure deficiencies within historically marginalized communities.”

Republicans in both the House and Senate, though, have dug in their heels.

“President Biden’s plan to raise taxes would hit Americans at all income levels and slow the economy down to a crawl,” Senate Minority Leader Mitch McConnell, R-Ky., said. “It won’t earn a single Republican vote. We’re going to fight it the whole way.”

Casey Harper is a Senior Reporter for the Washington, D.C. Bureau. He previously worked for The Daily Caller, The Hill, and Sinclair Broadcast Group. A graduate of Hillsdale College, Casey’s work has also appeared in Fox News, Fox Business, and USA Today. Harper reports for The Center Square. 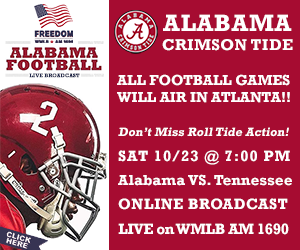