NASHVILLE, Tennessee-  Reared in Santa Barbara, California, Crystal Leigh hails from a vibrant musical family. Her dad played in bands all around town. Her mom loved to dance and was an avid supporter of music.

Leigh explained, “I was surrounded by music all the time. My dad inspired me to learn guitar. I always wanted to be a singer. I would put on shows for my family. My mom would record me dancing to Shania Twain. I just wanted to be a star. There was never really another plan.” 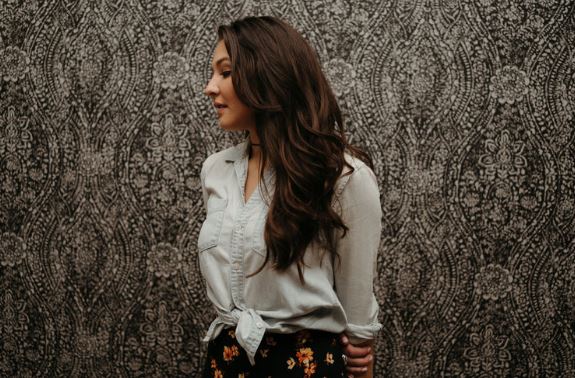 She grew up listening to classic music like James Taylor, Bonnie Raitt, and Linda Ronstadt.

Self-expression was important to young Leigh. “When I was younger, I would write poetry and I would put words to my songs. It was a natural way that I felt I could express myself and work through emotions.”

Music followed her and after completing a school program in California, with encouragement from her teachers, she moved to Nashville.

Initially, when she arrived, she wanted a publishing deal where she could crank out 360 songs a year but soon realized that wasn’t who she was.

Leigh stated, “I am so emotionally attached to everything I write and I am such a perfectionist that it was not my speed. I do like to have hand in the songs that I put out.”

In 2018, Leigh released her first EP, Enough, as an independent artist. The song, “Girl Like Me” chronicles her journey.

For Leigh, the devotion to her faith has always been the foundation on which she builds her life and creates her art. While her music is inspired by the experiences, challenges, and milestones of her story, her spirituality is an integral component of her identity as an artist. The title track to the record, “Enough” shows a vulnerability that she makes no effort to hide.

Ahead of her Trading Skylines EP, Leigh will release a series of singles that speak on love and loss, telling the story of how she came to trade her skylines.

She expounded, “I feel like it’s a good representation of who I am as a person. I have these moments when I feel very goofy and quirky and awkward. Then I have a side where I can be pensive while I overthink things and I analyze things. I have and feel very deeply sometimes.”

The project, Trading Skylines, along with the Enough EP are good examples of how she traverses life. She is contemplative but also does not take herself too seriously. 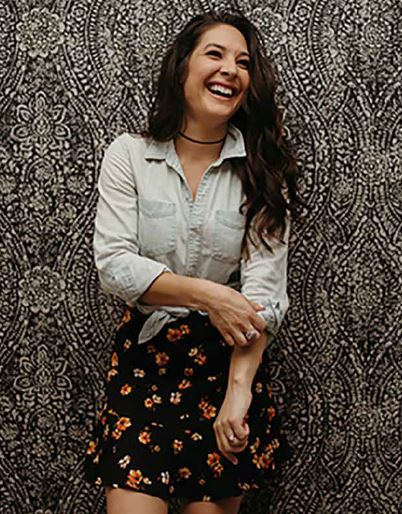 Although her press packet labels her an Americana singer/songwriter, “Normal Girls” definitely has a country vibe to it.

She stated, “I could care less what people say my music sounds like. It just comes out of me. If you like it, awesome! If you don’t like it, that’s fine too.”

Kicking off a larger conversation about what is “normal,” Leigh will be hosting a “Normal Girls” series via IG Live and Clubhouse that explores this idea. Almost everyone at some point has felt like they are not normal, or that they aren’t fitting the mold they are “supposed to”. Through interviews with her friends of all different backgrounds, she is hoping to change that feeling and embrace the idea that normal cannot be defined.

With streaming now being the standard for music distribution, independent artists have better chances of being heard, but there is also a lot more competition accompanied by smaller revenue.

Leigh acknowledges the pros and cons as she elucidates, “I’ve chosen to make and create music because I want to and I like to, not because of how many people will stream. Before record labels held all the power and they told you who you were going to listen to on the radio.”

Now, with so many artists able to independently share their music she states, “It makes you reevaluate why you are doing music. In a way, it is freeing. If it doesn’t have a million streams, I’m doing it because it’s my self-expression and it gives me joy and it seems to give a few other people joy. If I can create something beautiful and share it, then I hope that someone else finds beauty in it as well.”

After “Normal Girls” is released on May 28th, Leigh will be releasing other songs from the EP throughout the summer. She will play at coffee shops and bars and other smaller venues where she can meet people and share her music in an intimate setting.

This year, AGD Entertainment, a label services and artist development company based in East Nashville, signed Leigh to a three-year record deal. As an intentional singer/songwriter, she has a voice that is hard to come by and even harder to forget.

“I am honored and so grateful for this opportunity to work alongside Nathan, Stephen, and the AGD team,” said Leigh.  “Their belief in me is humbling, and I am confident that my music and I are in good hands!”

Set to release this fall with her label debut record, Trading Skylines, Crystal Leigh is ready to show everyone her true, authentic self.