Georgia gubernatorial candidate Vernon Jones just returned from Arizona where he observed an audit of ballots from the November 2020 presidential election and also witnessed up-close what he said was a calamity at the U.S.-Mexico border. 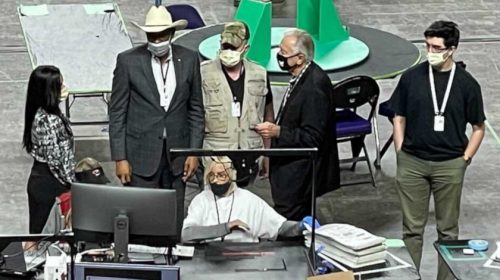 Jones talked to The Georgia Star News Thursday. He said a firm overseeing the audit has done a thorough and professional job that leaves little room to allow mistakes. Jones did not name the firm.

“I was blown away by the detail of how this audit was carried out with the number of measures in place to check and recheck and double-count and recount and the examination as related to the actual ballot itself. They consider the fiber of the paper and whether or not the marks on the paper were ink versus [whether they were] copied,” Jones said. 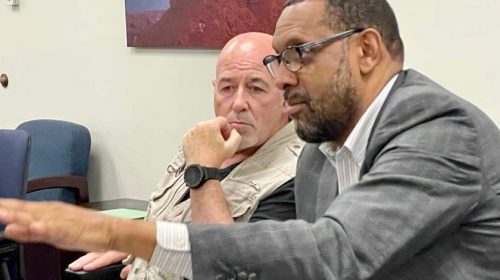 “The checks and balances were very in-depth even at different stages from where they were counting the ballots. They had a number of cameras not only watching the individuals who were doing the work but also a number of cameras as related to the images. I hope that that team with that level of detail in that audit would be the ones that would do it [the audit] in Georgia. They set the gold standard on how audits should be conducted. This is not a recount. This is a thorough examination and forensic audit.”

Jones said volunteers undergo extensive training and even wear color-coded shirts to indicate which stage of the process they are in as they process the ballots. 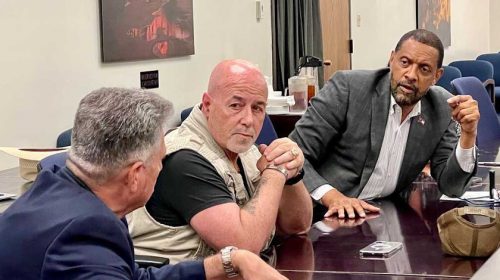 Meanwhile, at the U.S.-Mexican border, Jones said matters have worsened since former U.S. President Donald Trump left office and current President Joe Biden replaced him. This, according to the law enforcement agents he said he spoke with.

“They [the agents] are making it clear there was a big difference from when Trump was there. He not only gave them the resources to do the job, but at the same time he had a relationship with all the local law enforcement agencies and they were able to do a lot more than they do now,” Jones said. 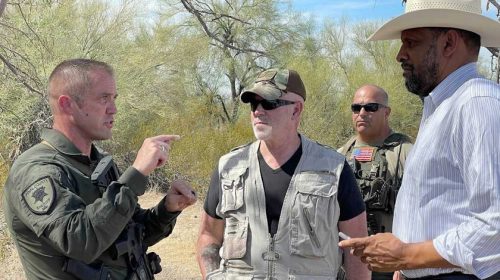 “The processing centers [for illegal aliens] are so overrun that those normally on border patrol spend their time trying to do the processing. Now they process them and let them go. They catch and release. They catch them and tell them to come to court on a particular day, and they don’t come back to court. The level of gains with drug cartels, the drugs being smuggled in, cocaine and meth, everything, it has become cocaine lane. The people in Washington D.C. tell them to back off. The agents are so afraid to say anything that they literally have to inform the local sheriff’s department so the local sheriff’s department can call the feds and tell them. They are afraid of losing their jobs.”

Jones announced his candidacy for governor in April.