U.S. Representative Austin Scott (R-GA-08) said a new Biden administration proposal would require financial institutions and other financial service providers to report all inflows and outflows on accounts that have more than $600.

And this proposal, Scott told constituents in an emailed newsletter Sunday, would create a huge privacy issue for Americans and burden local banks and credit unions.

“Biden Administration proposal that Democrats are trying to jam through during budget reconciliation would require financial institutions and other financial services providers to report all inflows and outflows on accounts with balances over $600 to the IRS,” Scott said on Facebook.

“The requirements of this proposal would impose significant compliance costs on our community banks, credit unions, and related financial institutions, but it would also infringe on the privacy of millions of Americans.”

Scott said in a letter to U.S. Speaker of the House Nancy Pelosi (D-CA-12) that such an overly comprehensive IRS database will require significant resources “to build, maintain, and protect, but it would make the personal, financial data of millions of Americans vulnerable to attack.”

“Considering the IRS experiences 1.4 billion cyberattacks annually and has experienced multiple data breaches, we should not give this agency additional sensitive data to manage,” Scott said.

“Additionally, privacy is one of the primary reasons individuals choose not to open bank accounts. This overreaching proposal, if adopted, would further exacerbate banked/unbanked/underbanked divides.”

The E–8C Joint Surveillance Target Attack Radar System (JSTARS) is based at Robins AFB in Warner Robins. JSTARS is a joint Air Force and Army program that Scott said provides critical airborne surveillance, intelligence, and command and control to our military through on-board radar and computer subsystems equipment. The system gathers and distributes detailed battlefield information. Combatant commanders utilize the JSTARS fleet around the world. 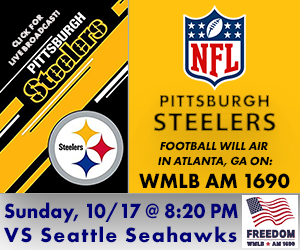