Live feeds of the Defeat the Mandates rally in Washington DC are available here or here.

On Sunday, demonstrators will gather in more than 180 cities around the globe – including several U.S. cities – to protest vaccine mandates and passports in the “Worldwide Rally For Freedom.” 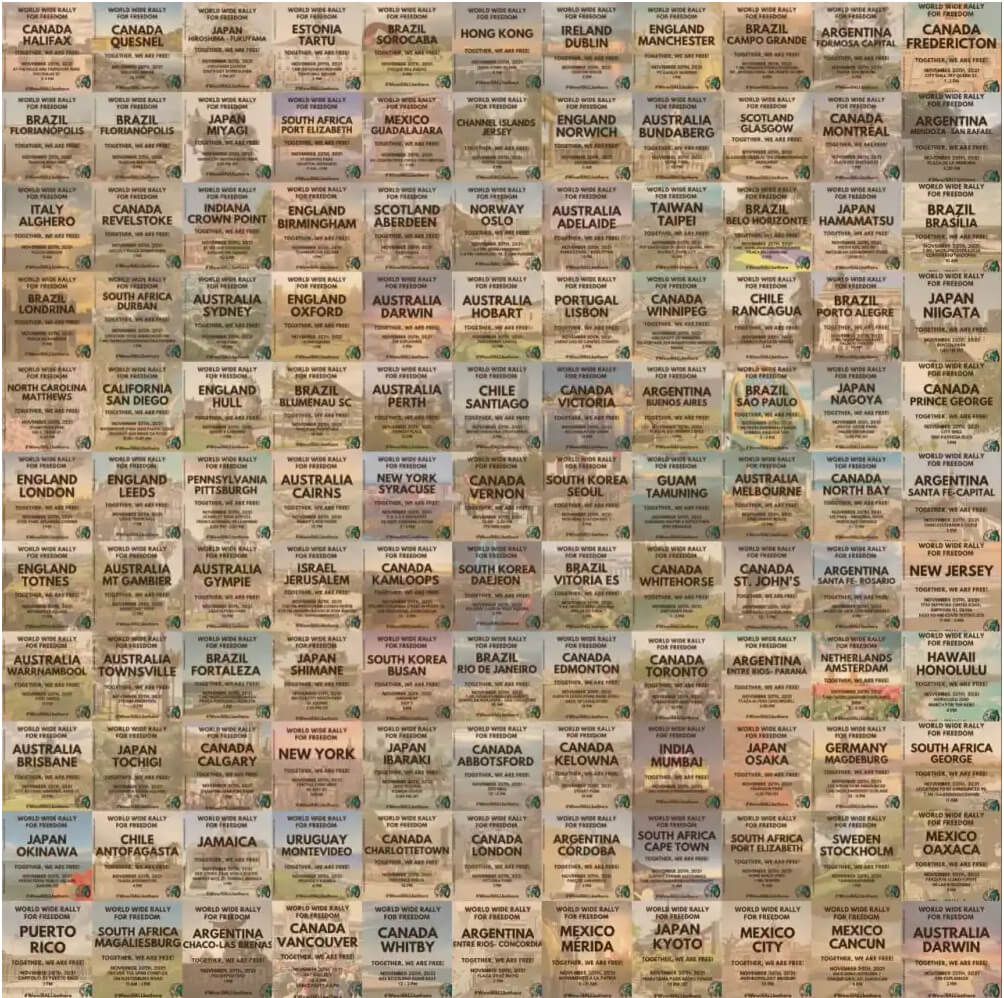 Europe, and Australia have seen massive protests in recent months as citizens push back against vaccine passports and the social credit systems that they know will follow.

Here is a livestream of the Worldwide Rally for Freedom. More livestreams are available here.

In conjunction with the “Worldwide Rallies For Freedom,” a march in Washington DC to “Defeat the Mandates” is taking place on January 23 in Washington, D.C. 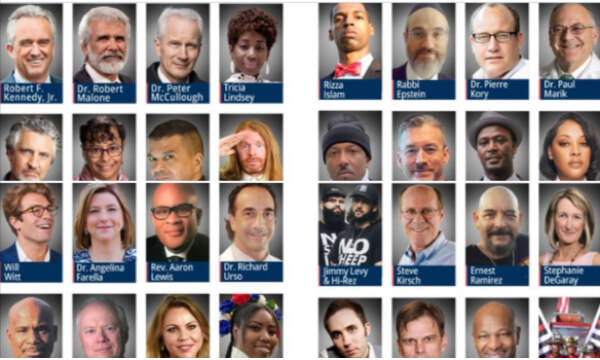 Protesters will begin marching together to the Lincoln Memorial (approximately 1 mile) at 11:30am.

At 12:30pm a wide range of featured guests will be waiting. Recording artists, prominent doctors, journalists, pro athletes, actors and premier thought leaders will give a series of inspiring talks and musical performances.

At noon, along the march route from the Washington Monument to the Lincoln Memorial, brief remarks by the StopVaxPassports.org Task Force co-chairs will be followed by prayer led by Save the Persecuted Christians.

Malone noted that Great Britain is one of several countries that is backing away from vaccine passports and mask mandates.

“What we’re seeing is a cascade of failure of this dominant narrative,” Malone explained. “It’s happening on a daily basis.”

Other U.S. cities holding rallies, via the Children’s Health Defense:

In a press release on Friday, Dr. Malone’s announced that following his appearance on The Joe Rogan Experience, “more physicians and medical scientists have joined with their colleagues from around the world in signing the Physicians Declaration.”

The declaration, which now has over 17,000 signers, has three foundational principles:

1. Healthy children should not be subject to forced vaccination: they face negligible risk from covid, but face potential permanent, irreversible risk to their health if vaccinated, including heart, brain, reproductive and immune system damage.

2. Natural Immunity Denial has prolonged the pandemic and needlessly restricted the lives of Covid-recovered people. Masks, lockdowns, and other restrictions have caused great harm especially to children and delayed the virus’ transition to endemic status.

3. Health agencies and institutions must cease interfering with the physician-patient relationship. Policymakers are directly responsible for hundreds of thousands of deaths, as a result of institutional interference and blocking treatments proven to cure at a near 100% rate when administered early.

Led by Dr. Malone and staying loyal to the Hippocratic oath, the declaration’s signers have resisted financial inducements, threats, unprecedented censorship, and reputational attacks to remain committed first to patient health and well-being. After 23 months of research, millions of patients treated, hundreds of clinical trials performed and scientific data shared, and after demonstrating and documenting their success in combating COVID-19, the 17,000+ physicians and medical scientists who signed the declaration support the core principles Dr. Malone and many other doctors have been speaking out about since late last year.

The 17,000+ signatures of the declaration are authentic and must pass a screening process before being officially identified as signing the declaration. Signatories are required to supply their affiliation and a link to their medical organization, facility, or profile. Nurses, non-MD practitioners and non-medical scientists are removed from the list signatories, as are duplicate entries and “bot” emails. The emails of the signatories have been separately and repeatedly tested and verified by a 3rd-party provider.

As the number of signatures to the declaration continues to rise, we have published a select group of world famous, highly credentialed physicians and scientists who authored the declaration. Many other doctors who have spoken out against the corruption, censorship and hypocrisy by authorities have been threatened, fired, censured, lied about, intimidated, and harassed – all while saving patients’ lives daily. Never has the public been forced to become lab rats, for a vaccine 5 years away from adequate testing, violating basic principles of informed consent. Moreover, the medical and scientific evidence on the efficacy and safety of the COVID- 19 vaccine do not support mandating its use for anyone, especially healthy children.

Malone said that the over 17,000 signers of the declaration will be represented when he “stands with fellow doctors and scientists on stage in Washington DC, as part of the Defeat the Mandates march Sunday, January 23, 2022.”

Group of firefighters chant “no mandates” as they march towards the Lincoln Memorial at the “Defeat the Mandates” rally in #WashingtonDC pic.twitter.com/1WzUiedvfN

Content created by the Center for American Greatness, Inc. is available without charge to any eligible news publisher that can provide a significant audience. For licensing opportunities for our original content, please contact [email protected].