NASHVILLE, Tennessee – Since moving to Nashville, one of the music genres I have been exposed to is bluegrass. Although it is one of the oldest forms of music, it is new to me. The first place I learned the significance of Bluegrass was at the Opry, where greats like Ricky Skaggs/Kentucky Thunder, Rhonda Vincent and the Rage, and The Isaacs often perform. But it didn’t take me long to figure out the most authentic bluegrass music on the planet is played at the tiny historic Station Inn in the Gulch in Nashville, where every seat is near enough to the stage to see the sweat and feel the notes right from every instrument. It is a sacred shrine for any bluegrass band.

The Wooks, whose name comes from the original banjo player who was nicknamed “The Wook,” recently released their 3rd studio album, Flyin’ High. This Lexington/Nashville-based band is a regular at the Station Inn. The leader of the band, CJ Cain, has kept his home base in Lexington, Kentucky, throughout the evolution of The Wooks, which started as a low-key duo in 2014. The lineup now includes Harry Clark on mandolin and vocals, George Guthrie on banjo and vocals, and Allen Cooke on Dobro, with the latter three musicians based in Nashville. I spoke to Guthrie to find out what the band is up to now.

People who listen to popular music or even pop/country often don’t appreciate the talent and the depth of the bluegrass musician. With all the instruments in the band being a blend of “wood and strings,” the quality of the guitar/banjo/mandolin/Dobro/standup bass instrumentalists’ picking and playing is virtually unmatched in other so-called country genres. 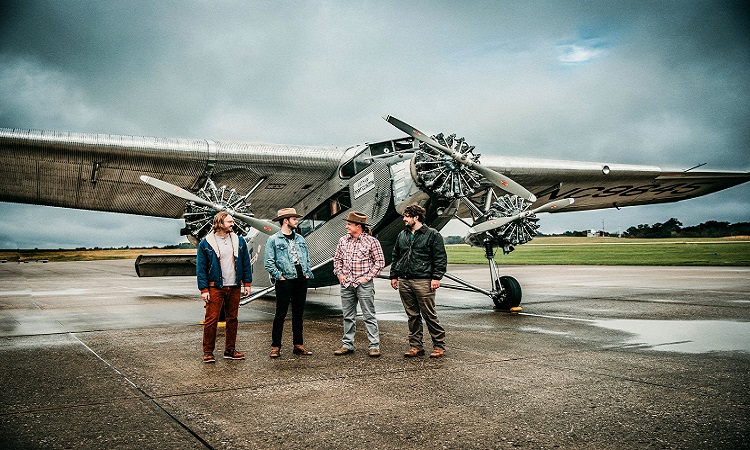 While Cain, Clark, and Cooke grew immersed in the bluegrass style, Guthrie picked up music on his own, which eventually led him to where he is now.

“We’re all super lucky and blessed to have had access to music from an early age and we don’t take it for granted.”

The Wooks band has been through a few different lineups. Cain is the only constant member. This current formation has been together for about four years. They met through the bluegrass community in Lyons, Colorado, at the famed Rockygrass Festival which is sort of a holy Mecca for all things bluegrass.

Guthrie explains, “Although the bluegrass community is a worldwide network, it’s pretty small and there’s a good chance that two pickers from the opposite ends of the country are going to run into each other at some point. We are from all over the place but are joined by our shared love of music.”

To describe The Wooks, Bluegrass Unlimited says, “They reveal themselves to be a promising new group, comfortably straddling the borderland between traditional bluegrass and Jamgrass. Their strengths are many, not the least of which is a sensitive ear for arrangement that keeps each track fresh and interesting. …”

“Jamgrass” Guthrie expounded,” is an evolution of bluegrass from its traditional roots to incorporate other influences such as rock and improvisational music.”

Bands like the highly influential New Grass Revival have helped to craft Jamgrass by incorporating jazz and rock into the sound. The Wooks are a continuation of that style. 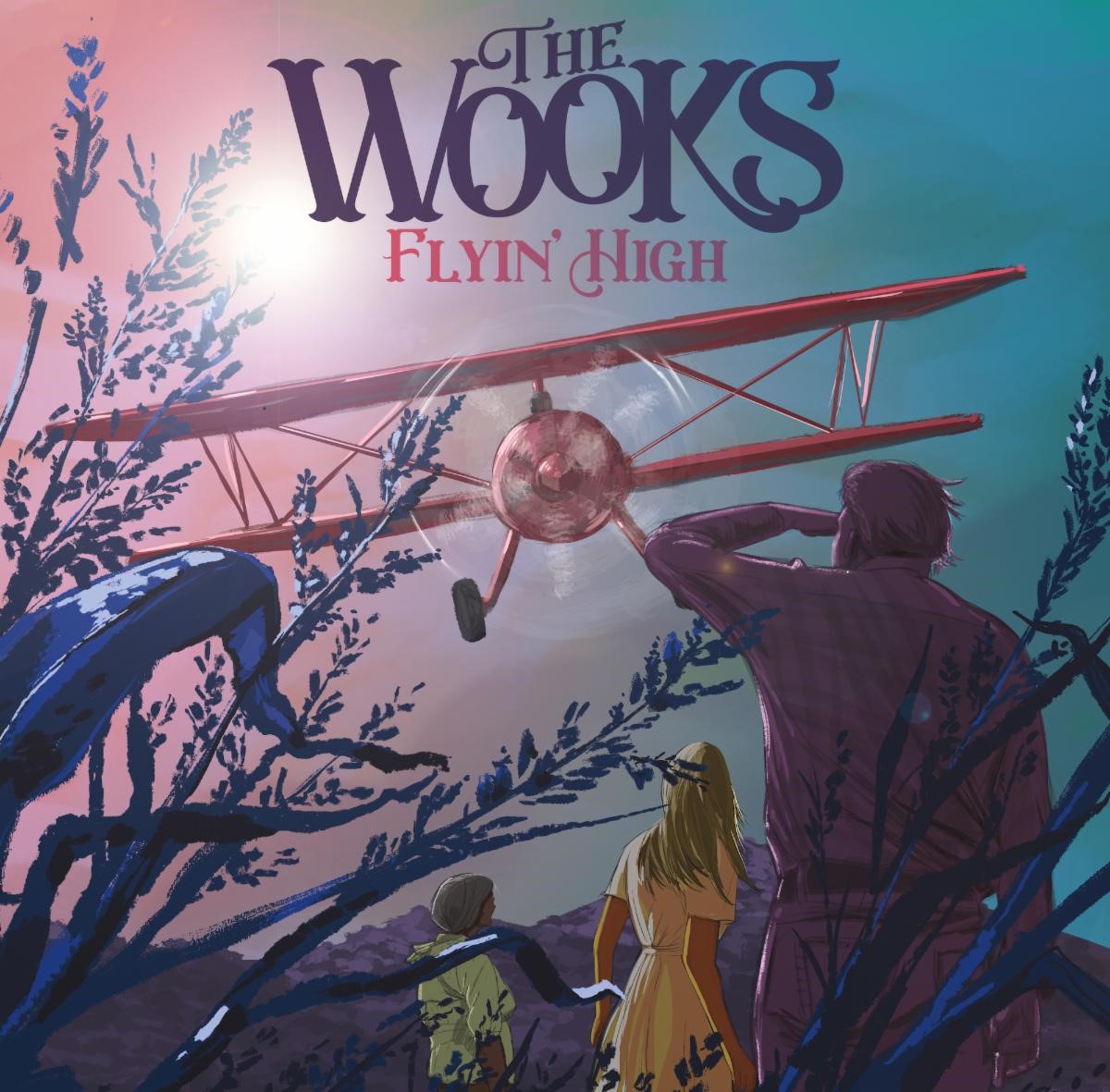 He states, “While we all love traditional bluegrass music and listen and play a lot of it, we are not limiting ourselves to that totally. We like to push the boundaries and bring aspects of other music to our sound. At a Jamgrass show, songs may get stretched out and there are moments of spontaneity. It makes it more exciting for the audience.”

Released in February of 2022, the Flyin’ High record is comprised of ten original songs and two covers. Rather than repeating the formal studio experiences for past albums, The Wooks recorded Flyin’ High over two sessions in Nashville in the home studio of bluegrass guitarist Jake Stargel. As a producer, he brought an easygoing vibe as well as acoustic expertise to the project, which is the band’s first full-length album since the fall of 2018.

The title track “Flyin’ High” is about being able to take anything that life gives as long as you are with the one you love, while “Little While” reminds the listener to enjoy the things that make you smile because once they’re gone, they’re gone for good.

The Bluegrass aficionados will be thrilled by The Wooks’ interpretation of Willie Carlisle’s “What the Rocks Don’t Know.”

Guthrie clarifies, “Originally, it was just a simple melody with some foot tapping.”

But the Wooks transformed the song to make it one of the best on the new record.

And as a nod to a songwriting hero, The Wooks also give a freewheeling acoustic update to John Prine’s sweetly comical and irreverent love song, “Iron Ore Betty.”

A new song that caught my eye is called, “Tennessee Girl” which talks about a girl from Bedford County. Written by mandolin player Harry Clark, the song paints the picture of a guy who was a little bit wild but has a lady who loves him in spite of all that.

Cooke speaks for the band when he says he’s eager for fans to discover these new songs – on the album as well as the stage. “This band is definitely not a band that is set on keeping things to the way they sounded on the record,” he says. “We’re all about keeping these songs fresh and new-sounding as shows go on.”

The Wooks did just that as they played to a packed, standing room only at the Station Inn on Saturday night.

If you want to hear some impressive picking by some talented musicians, make sure to download or stream their music. But if you want to treat yourself, go see them in person.