After NBC published a Friday story citing anonymous sources who said former President Donald Trump had given up his support of former Sen. David Perdue (R-GA), now running for governor, Trump himself dispelled the rumor.

“The Kemp Campaign, together with Fake News NBC, has put out a phony narrative that I have given up on David Perdue in Georgia,” Trump said on his social media outlet Truth Social. “That is completely FALSE.” 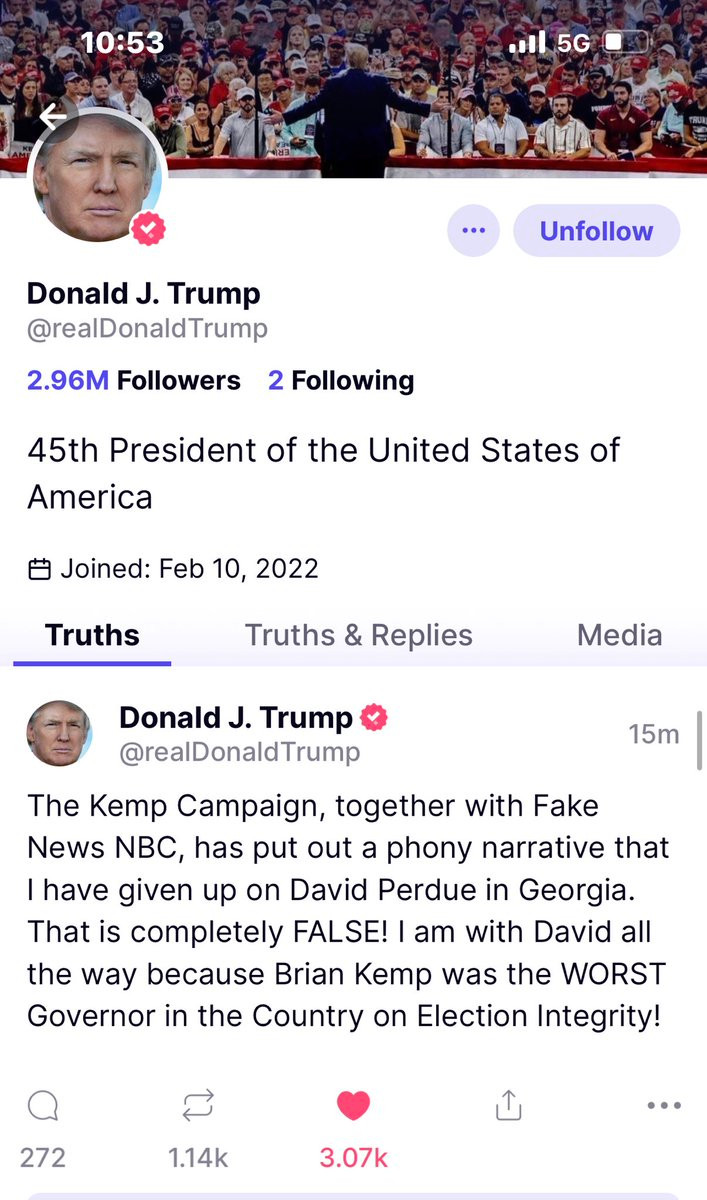 “I am with David all the way because Brian Kemp was the WORST Governor in the Country on Election Integrity,” Trump said.

“This is what the fake news and Washington really wants,” Perdue said. “They want our guys not to come out and vote. This is another ploy of the left that I think is really trying to discredit President Trump. He’s still all-in on this race. He always has been. He’s gonna do another tele-rally for us this weekend, and probably Monday night.”

“This is what happens in politics, though,” Perdue said. “Fake news wants to talk about something that’s not true to try to influence voters. Look at what the fake news has said about election fraud in Georgia. Nobody has disproven any fraud here yet.”

Perdue said he talks to Trump frequently, saying again that Trump is “all-in” on the race.

NBC’s report cited “three Republicans who have spoken to Trump,” though it did not identify those sources.

“David either has a bunch of geniuses working for him — because he’s basically spent no money — or he’s run the most flawed campaign in America,” a fourth unnamed source reportedly said.

That report claims that while Perdue’s campaign has not scheduled any advertisements in the final days of the primary, a pro-Perdue Political Action Committee (PAC) has $280,000 worth of ads scheduled. Kemp’s campaign is reportedly spending one million dollars on ads, with a Republican Governors Association related PAC adding another $700,000 worth of ads on his behalf.

Perdue’s campaign spokesperson, Jenni Sweat, told The Georgia Star News that the campaign is “now focused on [get out the vote] efforts with direct voter contact.”

Kemp is, indeed, ahead in the race, according to a May 12-16 Fox News survey of 1,004 Georgia Republican primary voters.

With two other candidates in the race, Kandiss Taylor and Catherine Davis, there is still a chance that Perdue and the other candidates could garner enough votes to hold Kemp below the 50 percent threshold needed to trigger a runoff election between the top two candidates.

Pete D’Abrosca is a reporter at The Georgia Star News and The Star News Network. Email tips to [email protected].