A Democratic California congressman this week weighed in on President Joe Biden’s classified-document scandal, characterizing the president’s housing of restricted records in his University of Pennsylvania office and his Delaware home as indefensible.

A member of the House Oversight and Armed Services committees, U.S. Representative Ro Khanna (D-CA-17) told Fox News that Biden warrants scrutiny for keeping numerous records he obtained during his earlier service as a U.S. senator and later as vice president. Khanna noted that the law requires classified federal documents to be kept in “sensitive compartmented information facilities” (SCIFs). While presidents can sometimes temporarily designate rooms within their personal properties as SCIFs, Biden has never suggested any spaces in his home or office were deemed to be such areas.

The Penn office where Biden stored federal documents is known as the Penn Biden Center for Diplomacy & Global Engagement. Located on Constitution Avenue in D.C., the think tank’s founding in 2017 coincided with a vast increase in donations from China-based corporations to the university, generating concern about who had access to the Penn Biden Center and, eventually, about who could view the documents kept therein.

“Those documents shouldn’t have been there,” Khanna said. “When I look at classified information being on the House Armed Services Committee, I go to a SCIF and I have to give over my phone and I’m not allowed to take any documents outside of the SCIF. So, I really don’t understand how those documents got into a personal residence and we do need answers on that, but the good news is that the president is fully cooperating and fully open to having the Justice Department find all the facts.”

Earlier this month, Attorney General Merrick Garland tapped John Lausch, U.S. attorney for the Northern District of Illinois, to investigate how and why federal documents ended up in the Penn Biden Center and at Biden’s Deleware home. The president has insisted since the matter came to light that he has unfailingly cooperated with federal authorities. 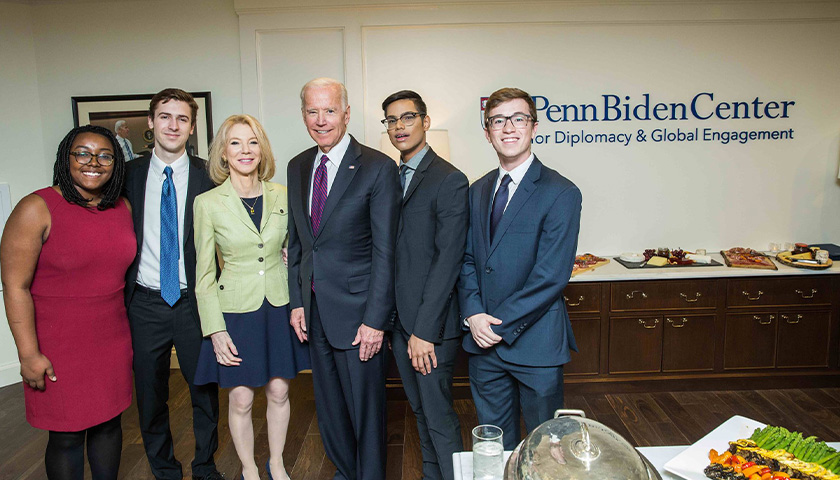 “I think you’re gonna find there’s nothing there,” the president said during a visit to California last week. “I have no regrets. I’m following what the lawyers have told me they want me to do. That’s exactly what we’re doing; there’s no ‘there’ there.”

Senator Joe Manchin (D-WV) is another Democrat besides Khanna who has been critical of the president’s conduct with respect to federal records. In a Fox interview, the senator said, “I think he should have a lot of regrets.”

Reacting to the senator’s statement, Khanna said he still believes Biden can weather the scandal if he is forthcoming throughout the investigation. The congressman also suggested he and his fellow lawmakers should implement reforms to better safeguard against the misappropriation of classified documents.

“Why can’t we have a process to make sure that classified documents aren’t removed from the executive branch no matter who the president is and that there is a there is a process to make sure that no senator or congressman is removing these?” he said. “Now obviously, no one can defend having classified documents sitting at a Penn center or a personal residence and I believe that the president will acknowledge that that was a mistake, but character is acknowledging mistakes, being forthcoming and honest, and I believe the American people will judge him based on if he’s fully cooperating and if he’s fully honest….”

Khanna said he believes the probe into Biden’s behavior should be free of “partisanship” and that the federal government should be equally concerned about the classified documents found at President Trump’s Mar-a-Lago resort home in Florida last year.

This isn’t the first time the Bay Area representative has made remarks critical of left-wing figures or institutions. He rebuked Facebook and Twitter for censoring the New York Post’s reporting on Biden and his son Hunter in the run-up to the 2020 presidential election. The Post published an article in October 2020 about communication between the Bidens and an executive of the Ukrainian gas company Burisma, but Twitter disallowed users to share the link to that story.

“I think that story was total hogwash, I think Joe Biden was unfairly attacked because of his son, but that doesn’t mean it didn’t belong in the public sphere,” Khanna said.