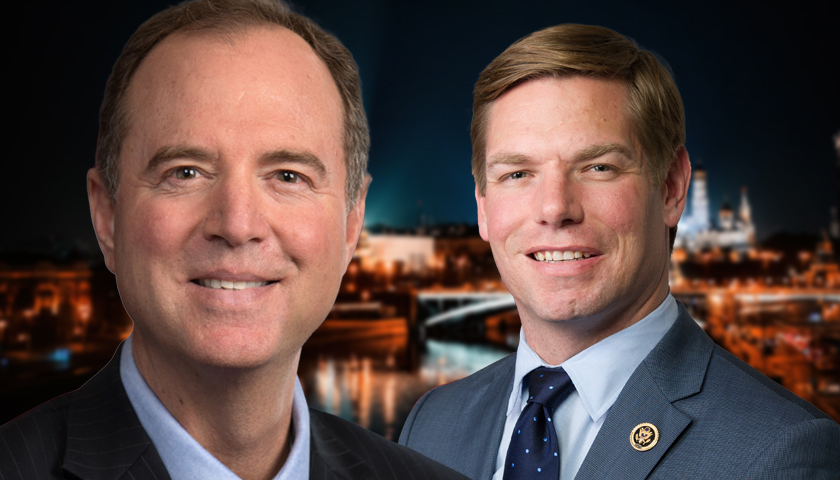 Reps. Adam Schiff and Eric Swalwell, two Democrats on the House Intelligence Committee, hyped reports last year that the Russian government paid bounties to kill American soldiers, an allegation that the Biden administration now says is based on inconclusive intelligence.

Schiff and Swalwell, along with other Democrats, used reports of the alleged bounty payments to accuse President Donald Trump of turning a blind eye to Russian aggression against the U.S.

Schiff, the chairman of the House Intelligence panel, accused Trump and other Republicans of refusing to confront Russian President Vladimir Putin over the alleged bounties. In a tweet on Aug. 27, Schiff said that their silence put U.S. troops “in danger.”