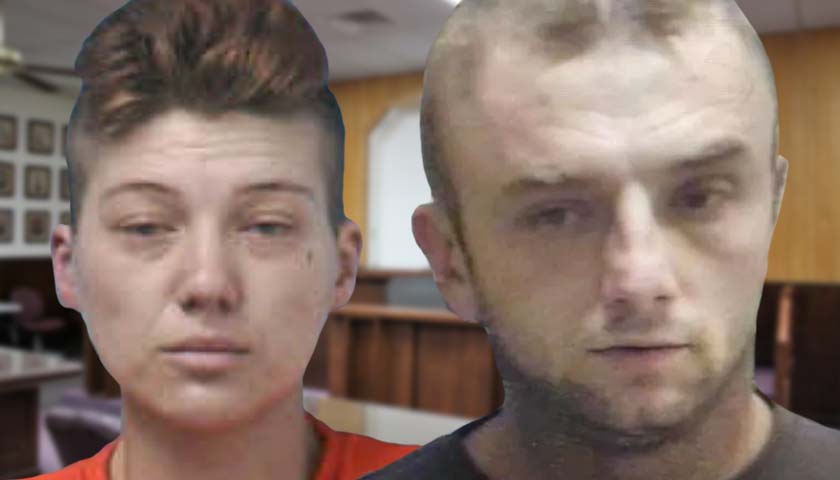 Two suspects in separate murders in Georgia were arrested in Tennessee Monday, according to reports.

“The Georgia Bureau of Investigation said 29-year-old Alyssa Danielle Wild of East Dublin, Georgia was pulled over in Franklin,” according to WTVC. “Wild is charged with murder in the death of 38-year-old Charles Stephen Holmberg of Cuthbert, Georgia. Holmberg was found shot dead Saturday in a vehicle parked at a motel in Dublin.”