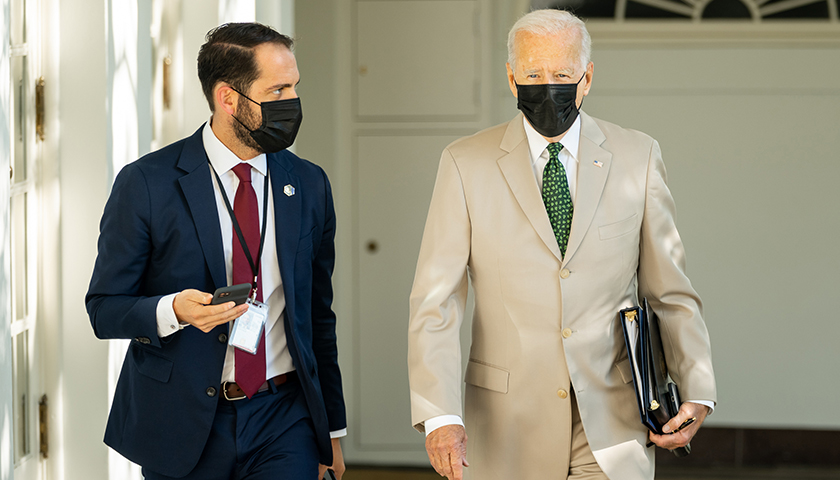 The Defense Department just released its annual report on China’s military power, and the report undermines those in the Biden administration who are promoting nuclear arms reductions with Russia and the adoption of a policy of “no first use” of nuclear weapons — a policy that is opposed by most of America’s allies.

The Pentagon’s report could not be clearer: “Over the next decade, the PRC aims to modernize, diversify, and expand its nuclear forces.” It is “expanding the number of its land-, sea-, and air-based nuclear delivery platforms and constructing the infrastructure necessary to support this major expansion of its nuclear forces.” This includes the construction of “fast breeder reactors and reprocessing facilities” that will enable China to “produce and separate plutonium.”

The report projects that the PRC will have up to 700 deliverable nuclear warheads by 2027, and perhaps 1,000 by 2030, significantly more than the Pentagon projected in last year’s report. China has what the report calls a “nascent ‘nuclear triad,’” with the capability to launch nuclear missiles from land, sea, and air platforms. It has expanded its silo-based force and moved to a “launch-on-warning” posture. Last year, the PLA “launched more than 250 ballistic missiles for testing and training,” a number greater then the rest of the world combined. It is growing its inventory of DF-26 intermediate range ballistic missiles (IRBMs) and intercontinental ballistic missiles (ICBMs), and those missiles are capable of launching multiple independent warheads — known as MIRV capabilities. The CCP has ordered the construction of “hundreds of new ICBM silos” and is “doubling the number of launchers in some ICBM units.” China’s CSS-10 Mod 2 ICBM has a range of 11,000 kilometers, which makes it capable or reaching most targets within the continental United States. China is also investing in space and counterspace capabilities, including kinetic-kill missiles, orbiting space robots, and ground-based lasers.